Call or Email Us Today!

It started over our pets being home alone……

Ever leave your pets home alone?  Worry about irreplaceable items being destroyed? I do.
Our family pets are often home alone.  As many of you probably feel, our pets are definitely considered family members (and pampered and spoiled ones) at our house.  I had recently become more acutely aware of the dangers of them being home alone and wondering what I could do to help better protect them. Around that same time,  A product called “Notion” was being featured by Travelers Insurance, it is a home monitoring system.  Allowing users to be notified via a mobile apps if a smoke alarm goes off, if temperature exceeds or dips below a certain level, if water is detected on a sensor, movement of doors, etc.  A small device about the size of an Oreo is placed in the area you want monitored and can send an alert to your phone if the smoke alarm goes off or placed on the floor near hot water tanks, washers, toilets, etc for unexpected water.  There are actually several features in these devices in addition to smoke and water. They can detect motion, such as opening doors or Windows. They can detect temperature changes such as if your heater fails while you’re on an extended leave in the winter you would know if your pipes are in danger of freezing. You could also know if by some reason someone left the heat on in your house and you were spending unnecessary money by heating an empty house!

As we were about to head out of town,  I installed it as soon as it came in.  By a couple of months later when we headed out for 5 days in Eastern Washington over Labor Day weekend, I had forgotten about the devices being in the house and our pets were with us.  We were approaching Stevens Pass (and of course) about to lose cell phone reception. One last look at my phone to make sure no new messages had come in and icon came up that I didn’t even recognize right away, was on my phone.  I very quickly realized, it was water detection from our recently installed Notion system going off!

Wow, things got exciting really quickly! As I frantically dialed, no where to pull over a full size truck and 5th wheel at that point and we were coming ever closer to losing service, I call my daughter, who hadn’t left town yet, I quickly blurt out go back to house, alarm going off— yup service out.  Oh no, I stare those stupid little reception bars waiting for them to come back, oh there are a couple, dial again!  She answers! Go back to house there is an alarm going off, can’t talk going to lose…. beep. beep.  Gone. Fully expecting this to actually be a false alarm or some completely reasonable explanation as I had only recently installed it, we headed to top of pass where I knew I would have reception back and we could safely pull over.  I began trying her again, hoping she got the message clear enough and was on her way back to the house.  Luckily, when the call went thru, she was almost to the house. I explained that we had stopped and I was able to go into better detail about why I asked her to turn around and it may even be a false alarm but asked if she could run in and check hot water tank and make sure all was ok.  As she was using facetime while walking down the stairs towards our hot water tank and I heard the noise in the background I realized this was not a drill people this was the real thing! I could hear the water gushing as she approached the room! We then began the frantic process of telling my daughter and her boyfriend, via facetime and over gushing water, the process of shutting down the water supply and gas to the hot water tank.   Shout out to them as they then stayed and were willing to clean up some of the mess that had occurred in the 20 minutes that it took her to turn around and get back to our house. An amazing amount of water for such a short time!

It is really Beyond fathom how bad things could have been if the Notion detector didn’t alert us of that water! It would have just kept running and no one would have been in our house for days. The amount of damage, inconvenience and time this one small purchase saved me was really tremendous! It wasn’t until we came back home and began the process of cleaning up the remainder of the problem that I realized a box of photos from my parents home was just a few feet away from the edge of the water.  There were pictures in there that went back several generations worth.  Wow, that was close.

While I bought it to alert me of smoke for animals and humans that may be in my home, I have now seen the tremendous benefit of its other features as well.  I am now a huge advocate and have been telling all of my friends and family and anyone who will lend me an ear please buy one of these things for your home.

Protect your environment.  Use a home monitoring system. There are several brands available now and ours was very easy to install.  Additional benefit, some insurance companies offer a discount on your policy for using one!  Please help prevent loss of time, possible irreplaceable items and inconvenience of a claim – check it out today.

Previous Post: Top 5 Ways To Save Money On Your Auto Insurance!

Next Post: 5 Ways to Prepare Your Family for a Major Earthquake 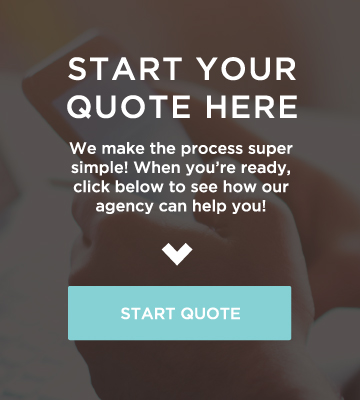 PHYSICAL ADDRESS:
716 S Hill Park Dr Ste B
Puyallup, WA (Inside Elevation Home Loans)
We are by appointment only for on site visits.
Get directions
(253) 527-6261
clientcare@pnwinsurancegroup.com